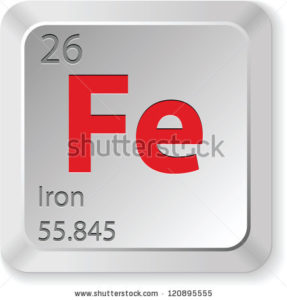 This is where I’m going to analyze the data I’ve gathered. All this info is on other pages. I’m going to try to keep this page easy to read so I’m not including sources here. You can look at the data in the appropriate sub-categories.

My thoughts on Lunar iron

Basically, we’re going to have two different types of Lunar iron to work with.

The first type is the free metallic iron. This is the stuff we’re going to go after first. We’ll use magnetic and electrostatic beneficiation to separate the metallic iron from the mineral iron. What we’ll end up with is a mix of very small iron particles encased in glass, iron fines, mineral and rock particles with an iron film, agglutinates, and dust. We’ll have to figure out how to extract just the iron from this mess. That will leave us with iron particles of varying sizes and composition. We’ll have to decide if we can use the iron in this form of if we need to refine into a more uniform product. Figuring out how to extract and use Lunar free metallic iron is crucial to the formation of a Lunar Homestead.

The other type is mineral iron. This iron is chemically bound into the rocks. This iron is going to be much harder to get to but it will probably be much more useful. It’s going to be harder because we’ll have to use at least one chemical reaction (most likely we’ll need several) and a lot of heat to get the iron out. There’s also no ores so we’ll have to process a lot of regolith to get a nice concentration of mineral we’re looking for. Once the iron is out though, it will be pure elemental iron, which we can then use or alloy. There’s also much more mineral iron than free iron. For now I’m going to focus on ilmenite. Olivine, spinel, and pyroxene will come later. Figuring out how to extract and use Lunar mineral iron is the key to opening up the frontier.

The abundance of a particular type of iron doesn’t really matter. The Lunar regolith is a complex mixture and samples from the same site show significant variations in iron abundance and chemical composition. Plus the fact that we haven’t found any concentrations of a particular mineral or metal (ores). Our best option is to come up with a really good way to sort out the various forms of iron that we’re interested in, store them until we have enough for a batch, and then run each type through its own process.

This process gives us several advantages:

Coming up with a way to finely sort each raw material is the key.

So, there’s a lot of iron on Luna and in forms we can extract. That’s great. The iron also comes in two flavors, elemental (Fe0) and a predominately iron-nickel alloy (of varying and random concentrations) that we can use. That’s great. I don’t see any show stoppers here.