What is an Independent Scientist? 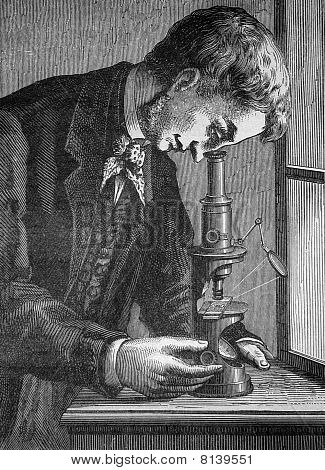 I am an Independent Scientist. I conduct scientific research. Right now that research involves gathering as much information as I can, analyzing that information, and using that analysis to either support or dismiss a specific hypothesis. That’s science. I use that accumulated data to run small scale experiments. That’s another type of science.

I conduct this scientific research without the support of the government, universities, or corporations. I don’t have access to multi-million (or multi-thousand) dollar facilities. I decide what and how I research. That’s independent.

This article is a work in progress. I’ll come back and update it as I learn and experience more. Let me know if you have any suggestions or comments. Thanks!

The term “independent scholar” seems like it could be used interchangeably with Independent Scientist, but I’d argue that they are subtly different. They both conduct research outside traditional academia, government, and corporate settings. And both terms can be used to describe a specialist in their field. But the term scholar is usually used to describe researchers who don’t typically engage in experimental research.

An Independent Scientist is also different from a freelance scientist. Freelancing implies that the scientist is hired to work on a project of someone else’s design. There’s obviously nothing wrong with this but it isn’t truly independent.

An Independent Scientist is different than a citizen scientist. Citizen science is great. It allows scientists to collect data they would otherwise not get. It allows non-scientists to participate in the awesomeness that is science. But a citizen scientist doesn’t have the training and experience of a professional scientist. And they usually don’t have the time or inclination to learn. They just want to be involved. An Independent Scientist takes the time to learn how to properly craft a project, execute it, and disseminate the results.

Finally, the Independent Scientist is very similar to an independent inventor. In fact, the two often switch roles depending on the project they are working on. The history of science and invention is packed full of stories of people doing amazing things on their own (or in very small groups) with very limited resources. Benjamin Franklin, Robert Goddard, Charles Darwin, Steve Jobs, and Steve Wozniak are excellent examples of this.

Independent Scientists were the primary researchers until the 20th century. Science was a common hobby and side gig. A degree wasn’t necessary. To be a scientist all you had to do was call yourself one and do good work. Independent Scientists frequently made unforeseen and important breakthroughs.

Then science began to change as projects and funding got bigger. How science was conducted fundamentally changed once governments (especially the military), universities, and big business got involved. Economics, politics, and profits became the driving factors instead of curiosity.

Funding had to be ferociously acquired and jealously guarded. Any new idea had to be immediately squashed if it didn’t conform to the current way of thinking. Egos, careers, and funding had to be protected at all costs.

Big Science really kicked in during, and after, World War II. No Independent Scientist could create the Manhattan Project (which produced the atomic bomb), the Apollo program, or the Large Hadron Collider at CERN. The scales are just too big. And so are the costs.

Some of the people who criticize Big Science have some valid points. But Big Science is awesome for 3 basic reasons. First, just the fact that we can think up, and then construct, these projects is awe-inspiring in itself. Second, we end up learning a heck of a lot just in the construction of Big Science projects. And third, our knowledge of the universe expands in ways we never imagined when we’re brave enough to try the hard stuff. For all its flaws, Big Science is one of the best tools in our science toolkit.

That said, Small Science is my jam.

Just because a scientist is independent and small scale doesn’t mean he or she has to do without decent equipment or resources.

Like most things in life, money is the tricky bit. An Independent Scientist doesn’t have to starve to follow her or his passion.

The biggest advantage of being an Independent Scientist is that I can research what I want with minimal outside influences.

The biggest disadvantage to being an Independent Scientist is the uncertain income stream. The pay is also a lot less (at least in the beginning I hope!).

I feel I bring a lot of value as a small-scale, Independent Scientist. I may not be able to build flight-rated equipment (I don’t have access to all the specialized testing gear) and send it to Luna. But I can do all the work up to that point.

And I can do it without bureaucratic red-tape, institutional infighting, and funding hidden (and not so hidden) agendas.

Well, there you go. Now you have my thoughts on what an Independent Scientist is and why they are awesomely cool. Want to help?

I didn’t do a full-blown literature search but here are a few resources you might want to read.

Brightwork CoResearch – How does one get started as an independent researcher? (brightworkcoresearch.com/how-does-one-get-started-as-an-independent-researcher)